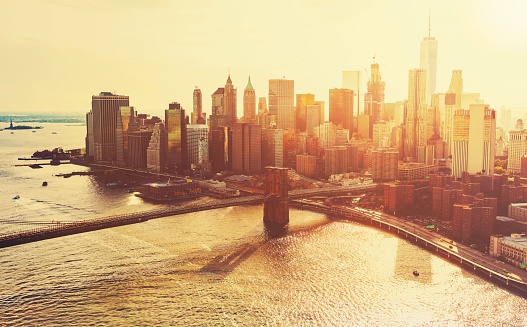 New York City needs no introduction. As the cultural capital of the world, the city that never sleeps is the go-to location for young professionals across many industries—especially creative ones. Its iconic cityscape has been in countless movies and works of literature throughout the 20th and 21st centuries. Its status is perhaps best expressed in the infamous John Updike quote that “the true New Yorker secretly believes that people living anywhere else have to be, in some sense, kidding.”

This mythical notoriety has made New York City one of the most expensive cities in the world, with rents second only to the laughably expensive San Francisco. Especially for lower and middle-income individuals, affordable housing is a hot button issue; especially in areas such as Brooklyn where gentrification has led to many communities being priced out of their own neighborhoods.

It’s said that many real estate professionals love New York because of its relative stability—it’s New York, right? As Ashkan Zandieh remarks for Forbes, the land tends to appreciate and is able to be liquidated at a moment’s notice. That said, it’s undeniable that the New York housing market has seen better days. 2017 saw rent peak while prices for high-end properties floundered. The housing landscape is defined by a glut of overproduction in the luxury real estate sector, while the sub-$1 million market is fiercely competitive. That’s why there’s a sense of “a tale of two cities” in New York right now—countless condos sit empty, while lower and middle-income individuals experience constant uncertainty in their housing situations.

Interest in New York markets slumped substantially throughout 2017 and the first half of 2018. Manhattan looks particularly grim—according to CNBC, its worst quarter in six years came at the end of 2017. But where do things go from here?

Looking to the Future

Luxury markets are slumping for a number of reasons. New York is the slowest high-end housing market in the US—it takes an average of 134 days to sell a home here. This is mostly because of excess inventory and also because the wealthy are “extra vigilant managers of their own money and highly risk-adverse.”

Additionally, the landscape is tumultuous based on one specific factor: as the fallout from the tax overhaul remains to be seen, many housing professionals are keeping their cards close until they see how the plan shakes out. Many people were predicting that blue states would be hit disproportionately by the tax plan. StreetEasy wrote recently that the reduced deductible for federal taxes would “hit New York particularly hard, given the high income taxes and property taxes that fund the array of public services we use every day.” But these concerns are also suspected to be overblown. Rent concessions granted by the tax plan might make for a more ambitious renting population. Regardless the tax plan is behaving like a self-fulfilling prophecy; uncertainty has a paralytic effect on markets, and it will be difficult to evaluate the effects of the tax plan as we’re still in the process of understanding it.

There’s other confounding factors. In a city that is heavily dependent on public transportation, an event like the 2-year long L train shutdown will significantly threaten rent prices given that the L is a highly-trafficked train for professionals commuting into Manhattan. There are other transportation changes on the horizon as well. Most notably, the ferry expansion might increase demand in areas by the new ports.

Many of the tax plan’s predicted consequences remain highly speculative. Additionally, dips in luxury housing prices, while problematic, are sometimes downplayed as merely the market “correcting” itself. For now, both the tax plan and the NYC housing market remain big question marks.