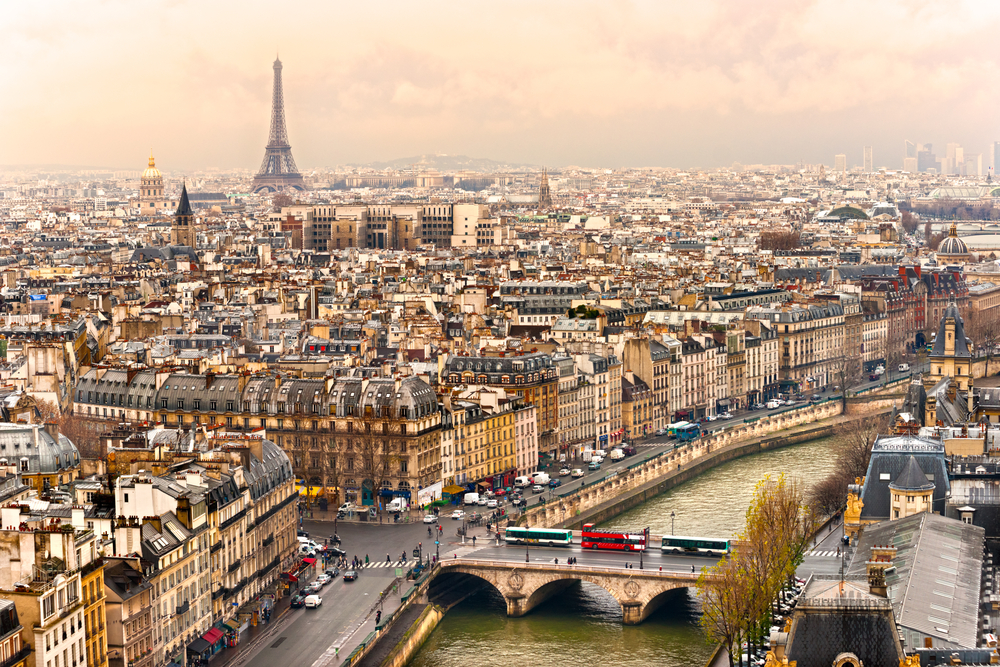 Paris is now the most expensive city in the world, alongside Singapore and Hong Kong, as the Economist Intelligence Unit awarded the top spot to all three. Previously Paris had occupied the second spot for several years. In 2020, Paris is looking to lead in the luxury real estate market, according to a Knight Frank report. Low-interest rates, friendlier laws for investors, and Brexit uncertainties are some of the factors driving interest. And, of course, Paris is a city coveted for its beauty, history, and culture.

Stability in France In the Midst Global Uncertainty

France has good stability for real estate. The country has had moderate growth for the past few years, despite the Eurozone slowdown and social unrest. Paris generally has higher growth than the rest of the country, and this quarter is no different.

2019 saw a 25% price increase over five years in Paris. High-end home prices are looking to grow 7% this year. Low-interest rates, economic stability, and constrained supply have particularly favored luxury price growth. 2019 had 144 interest rate cuts and hit a historic low. There are very low borrowing costs, and most mortgages are fixed rate. There are also no restrictions on foreign property ownership in France, and most properties are freehold. Lack of land for new developments and city planning laws also puts a constraint on supply, especially for upmarket properties.

Since President Macron came into office in 2017, the real estate market has been friendlier to luxury investors. High earners fled France during the previous administration, as President Hollande had a high take on earnings over one million euros. High-earning investors are returning their attention to France, although high taxes are a potential future risk.

Sales volume in top global cities declined overall last year, rising at their slowest rate in a decade. This is due largely to uncertainty, fueled by Brexit, China/U.S. trade tensions, and Hong Kong protests to name a few factors. Post-Brexit, investors are turning from London to continental Europe, and Paris looks quite attractive.

British, Belgian, Scandinavian and Middle Eastern buyers are looking at Paris, with American investors growing in numbers as well. Having a Paris apartment is something of a status symbol among the wealthy elite. These days, people are looking for larger properties. Previously, investors sought 1-2 bedroom apartments, but now they are favoring 3-4 bedrooms.

Renovations are an expected part of buying a property in Paris. There are few new luxury developments, and the old apartments don’t tend to have the light, layout, and amenities that foreign buyers are looking for. This means that many buyers and agencies are renovating apartments.

For renters, there are good protections. In 2014 a new bill, “LoiDuflot” set new rules for all of France. There’s a rent cap on long-term rentals, which cannot exceed 20% above the medium rent set by the local Prefect. Short-term rentals need authorization from the City of Paris or local town halls in areas with housing shortages. Property owners need to grant exclusivity to one property agent. Tenants also do not pay guarantors or a deposit, with the government under-writing any non-payment of rent.

All of this has led to a friendlier situation for renters and encourages landlords to sell their buy-to-let properties instead of sitting on them indefinitely.

2020 is looking to be the year that Paris dominates the luxury market. Paris affords investors a sense of stability in the midst of global uncertainty.