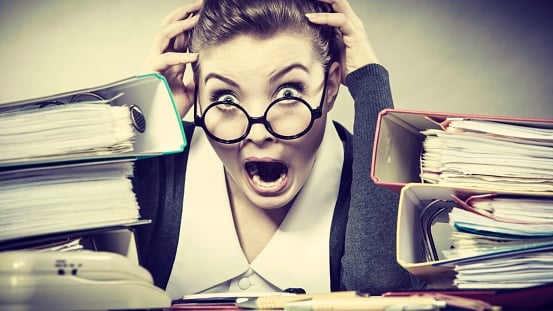 Forecasts for 2018 real estate markets are, for the most part, not very dramatic. Markets are expected to cool after an unpredictably hot 2017. With this slowdown in growth, there will be a shift to a buyer’s market. The most dramatic legislative change will be the freshly-passed tax plan, which, through its reduction in mortgage deductions, mostly penalizes upper middle-class buyers in competitive coastal areas like New Jersey, California, New York, and Maryland.

Despite being one of the more stable markets, real estate is still notoriously difficult to forecast. As Samantha Sharf notes in her 2018 forecast for Forbes, last year, “little about the housing market went as forecast.” Which means any discussion of crisis is highly speculative; the scope, scale, and timing of any upcoming contractions in the real estate market are difficult to predict. In mid-February, for instance, speculators looked to plummeting stock prices and began to worry that it signaled the end of the virtually unfettered growth markets have seen since the early 20-teens. However, merely weeks later, stock prices have rebounded and the dip is generally regarded as apprehension in response to the new chair of the federal reserve who is known as more of a fiscal hawk than his predecessor.

There aren’t many forecasters arguing for a large-scale crisis. There are selective voices pointing out alarming bubbles in select hot, perhaps “overheated” markets. It’s unclear whether these bubbles bursting in 2018 would have a ripple effect or stay relatively localized.

How previous experts made it through

The 2008 housing crisis inevitably made realtors not only tougher and scrappier but also better communicators. With a housing crisis comes a corresponding crisis of trust. Complicity in the housing collapse was widely distributed, despite the fact that few were ever actually prosecuted. It was the product of tacit collaboration between real estate brokers, bankers, and rating agencies. This crisis of legitimacy in the wake of the financial crisis spurned a Nashville-based real estate agent to take extra steps to establish trust between herself and her clients. This tendency was a valuable asset and as the economy began to pick up again after the bailouts, she had “created buzz around [her] brokerage” and was able to grow her enterprise.
It’s not about how the worst aspects of a crisis can be alleviated but how these dismal aspects create a hyper-competitive, starved real estate sector in which only those who are willing to invest tons of extra time and emotion are able to survive. According to John Rossheim the only way to succeed in real estate during a crisis is:

For real estate agents, a housing crisis is akin to a natural disaster. You’ve got to be exceptional and have a plan for weathering the storm. Manage expectations—both yours and your clients—so your business will stay afloat during a real estate crisis.