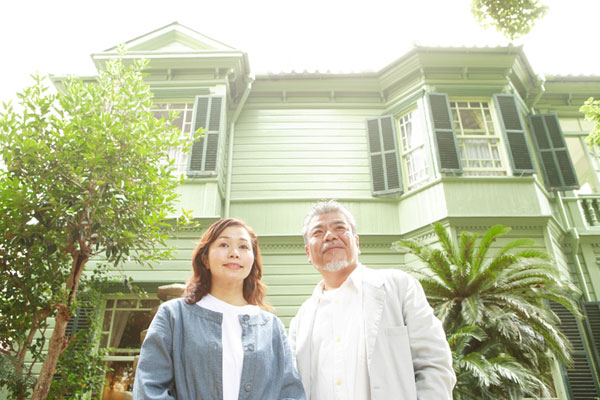 Wealthy individuals from countries all around the world want to protect their assets for a number of reasons: their home country could be faced with significant political turmoil or have an unstable currency, they could be seeking to invest, or seeking a residence for a child attending a US college. Foreign investors come from a variety of occupations; they include politicians, diplomats, business owners, tech executives, lawyers, and doctors. So what does “protecting wealth” look like? Oftentimes, foreign buyers all over the world seek to keep their money in a safe haven.

What is a Safe Haven?

A safe haven could potentially be anything that maintains a stable, high value, even in times of market turbulence. A shell corporation, contemporary paintings, insurance, gold, or even a nation’s currency could classify as safe havens. Real estate—ranging from small suburban homes to urban studios to trophy properties—represents a popular safe haven for a number of reasons.

Real estate has emerged as a popular safe haven for foreign investment because, in general, real estate is a highly stable market. According to Bloomberg Businessweek, real estate has enjoyed a recent upsurge in investment. In the first half of 2017, wealthy investors had 33% of their portfolios on average in real estate—a record high since 2007. According to the survey group Tiger 21, wealthy investors “are more comfortable with assets they can have direct ownership of [such as] a building or part of a small company.” Another survey conducted by the National Association of Realtors® revealed that “international buyers purchased $153 billion worth of existing homes in the US from April 2016 to March 2017” which marked a “49% increase from the same period a year before.”

Owning real estate in the United States can be an enjoyable, useful endeavor; second and third properties can serve as vacation homes, can be used by friends and family, or leased out. In other words, while there may be other safe havens that promise stability, owning real estate has considerably more utility and is therefore significantly more appealing.

Future trends for foreign buyers can be divided into four topics: which countries are buying real estate, where they are choosing to make their purchases, what kinds of real estate they are investing in, and how they are moving their money around.

Data collected by the NAR® revealed that Chinese individuals spent $31.7 billion in US real estate in 2017. The next biggest purchaser are Canadians, at $19 billion. Investors in the UK and Mexico spent roughly equally, $9.5 billion and $9.3 billion respectively, and Indian investors boasted the fifth-highest investment at $7.8 billion. Other notable countries with residents making significant investments in US real estate include Saudi Arabia, Russia, and Venezuela.

Foreign investments in real estate tend to be in English-speaking countries; cities such as London, Zürich, Vancouver, Toronto, and Paris are popular. The US is still the most popular destination: Florida, Texas, and California top the list, followed by New Jersey, Arizona, and Illinois. In some cases, a state’s popularity can be explained in terms of who’s investing. Florida is always going to be a popular destination for its temperate climate and luxurious lifestyle opportunities, while Texas is popular for its proximity to Mexico. Similarly, California is appealing to Asian investors because of its ease of access. It is also worth noting that buyers from different countries prefer different kinds of real estate; for instance, Indian buyers purportedly prefer investment condos and townhouses that tend to be leased out and maintained by homeowners associations.

In 2017, rumors began to circulate that China’s capital controls presented a looming threat for the US real estate market. It is true that China, which represents the largest foreign investment in US real estate, has been working hard to keep its wealth within its national borders. While these capital controls do present a threat to the market, there have already emerged a plethora of methods to circumvent these controls, including “fake invoicing,” using hot brokers, and creative investing in more mobile assets such as contemporary art or insurance.

Ultimately, despite countries beginning to crack down on foreign purchases, real estate represents one of the most stable assets for wealthy foreign investors. As long as wealthy foreign investors seek to keep their money in safe havens, the US real estate market will continue to be a source of fruitful opportunity for these individuals.
Share this: