Job seeker to employer: Well? I don’t have all day 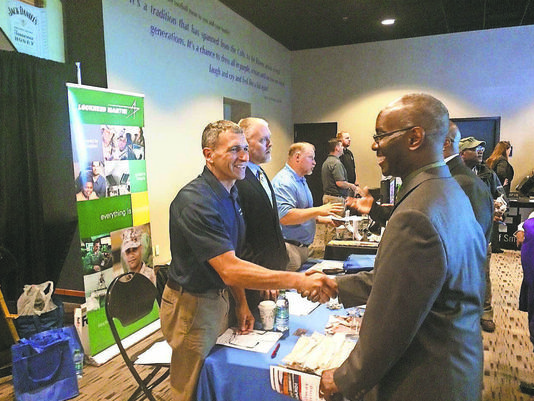 Employers who took their sweet time making hiring decisions just a few years ago, are scrambling to snag candidates in as little as a day for fear of losing them to competitors in a tight labor market.

Several months ago, Melissa Burrows, 33, of Jacksonville, Fla., did a phone interview with human resource staffers for a job as controller for a senior citizens residential complex. The next day, she interviewed remotely with three top executives, including the CEO, via Skype. Two days later, she had a job offer.

“I was surprised it happened so fast,” she says. “I was fortunate to have people who were ready to make a decision.”

After the Great Recession of 2007-09, companies dithered for many weeks or even months before making job offers as they sifted through dozens or hundreds of qualified candidates, often providing little feedback. But the 4.9% unemployment rate leaves fewer available workers, shifting the leverage in candidates’ favor and prompting jittery hiring managers to act swiftly.

There’s no data that tracks the length of the hiring process but the average job vacancy duration in the U.S. fell to 28.3 days in June from 29.3 days in April, according to figures employment firm DHI Group recently released. The reason for the drop is unclear and the data is volatile. In recent years, vacancy duration has broadly climbed because employers are struggling to find qualified workers.

But once they find them, they aren’t dawdling. In June, 13% of hiring managers said the time to fill jobs shortened because companies made offers after seeing very few candidates, up from 11% late last year, a DHI survey shows. 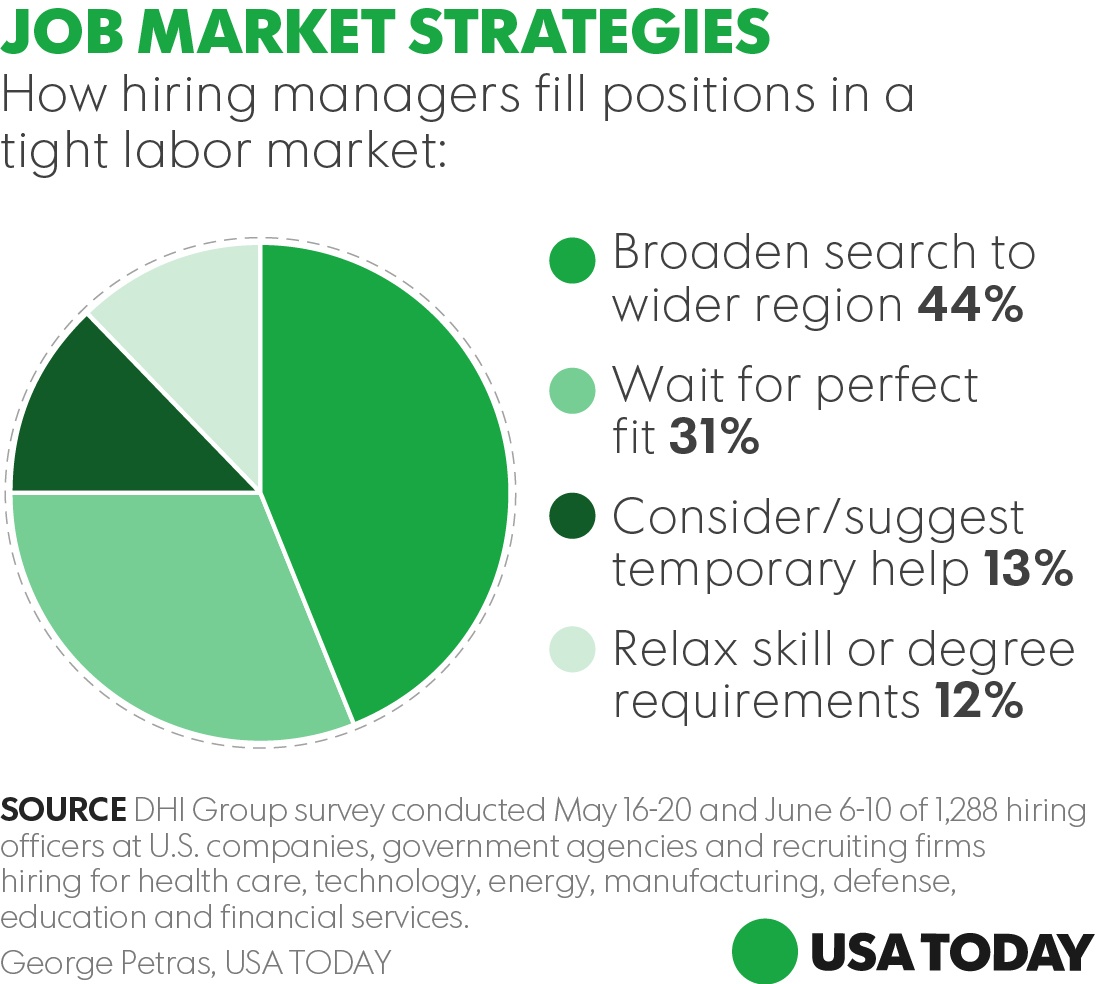 For some temporary and low- to mid-level jobs, such as warehouse workers, forklift operators and call center representatives, many firms are interviewing two or three applicants instead of a typical three to five, says Amy Glaser, senior vice president of Adecco staffing. Others are requiring fewer rounds of interviews or eliminating skills or personality assessments. The average timetable from first interview to job offer has been cut from two or three weeks to five to 10 days, Glaser says.

“They were losing candidates,” she says.

For higher-level positions such as financial analysts and information technology specialists, companies are compressing interview rounds into shorter periods, conducting them with panels of managers, or using Skype, says Andy Decker, senior regional president for Robert Half. Average hiring time frames of up to two months for the white-collar jobs have been shaved to two or three weeks, Decker and Glaser say.

Then there’s the interview-palooza. Some firms, particularly in the technology sector, invite in mutiple applicants, pack all interviews into a single day and make a job offer to their choice at the end of the session, Decker says.

After losing a couple of prime candidates to rivals, Moxie USA, an Atlanta-based digital marketing company, in recent months has squeezed its Interviews, tests and decision-making into as little as  two weeks, says Sandra LaBonte, the company’s senior vice president of talent. The firm has installed new software to track candidates and quickly solicit appraisals of them from company managers.

“Right now, (candidates) just don’t have … patience,” LaBonte says. “They’re saying, ‘if you don’t hire me I can go to 10 other advertising agencies.’ ”