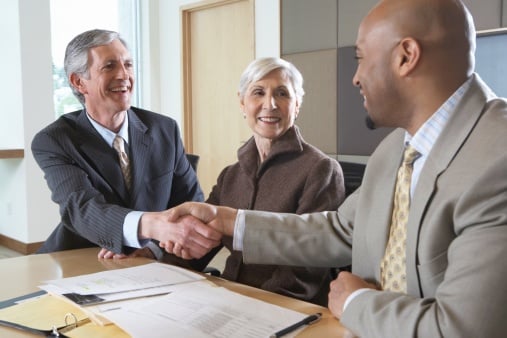 How are social media ads for recruitment biased?


The ability to target consumers according to layered criteria is the core selling point of Facebook’s advertising platform. For instance, in niche fields like luxury real estate, this feature is crucial—it allows you to target according to income, zip-code, interest, or any combination of the three, allowing you to get relevant eyes on your ads. Since users voluntarily imbue their social media profiles with lots of personal details, Facebook is able to offer unparalleled quantities of information about demography and engagement, giving unique insight about what kinds of people make up your audience. In recruitment, social media ads are especially valuable; today, over 84% of companies are using social media in their recruitment pipeline.

However, Silicon Valley tech companies are under increased scrutiny these days for a number of reasons, including lack of political accountability, and a callous indifference towards diversity. Along with this increased scrutiny, we’ve been seeing independent investigations into how some of these platforms might be facilitating unlawful behavior.

An article released in late December 2017 by the investigative nonprofit ProPublica in collaboration with The New York Times describes how Facebook is suspected of engaging in age-based discriminatory practices in violation of The Age Discrimination in Employment Act of 1967, “which prohibits bias against people 40 or older in hiring or employment.” Facebook doesn’t post the ads itself, however, it does provide the tools for discrimination, which renders them complicit at the very best.

What are the legal restrictions?

In a recent press release, Facebook defended their platform, asserting that they were helping recruiters find their ideal candidates. Their VP of advertising, Rob Goldman wrote, “Used responsibly, age-based targeting for employment purposes is an accepted industry practice and for good reason: it helps employers recruit and people of all ages find work.” Indeed, in recruitment marketing, it’s tough to draw a distinction between helpful targeting—which allows you to target individuals who have the relevant skill-sets and experience for your position—and hurtful discrimination. So what does the law say?

The question of liability is still up in the air. The NYT article describes how it’s contested whether it’s the fault of the advertisers or the fault of the platform. However, in terms of what’s permissible, the 1967 law is abundantly clear. It’s unlawful to discriminate against people over 40. This means no using Facebook’s age-restriction feature, or any of the similar features offered by Google. In fact, after ProPublica reached out, LinkedIn removed their age-discrimination feature. And it goes further—many other companies, including Amazon, Target, and State Farm have issued public statements claiming that they’ll be making changes in their marketing strategy to comply with the law.

What can I do to be inclusive?

It’s totally understandable that recruiters would lean toward a younger employee for a role that requires youth engagement. It might be helpful to target according to interest—target candidates with a background in secondary education or who express interest in popular youth culture. Targeting according to these kinds of factors is completely lawful and a sign of a savvy recruiter. It’s essential, however, to stop short of any real cutoff point.

Beyond avoiding potential legal trouble, stopping all age-based discriminatory practices is simply the right thing to do. The facts are, ageism in recruitment is a huge, underreported problem. Especially as younger generations are going to be retiring later, we all need to be taking steps to combat ageism so that workers who are 40, 50, and 60+ are not dismissed because of their age but instead, hired because of their skills. The inclusivity begins by reaching all age brackets with your recruitment advertising.