2018’s Social Media Trends: What you should know 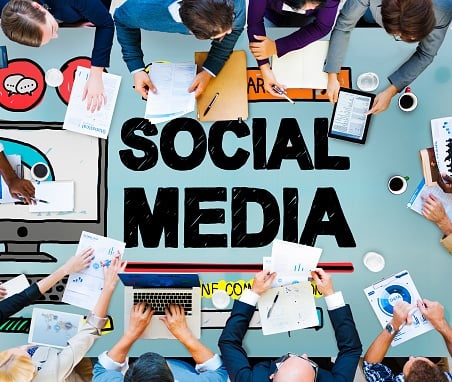 It can be difficult to keep up with the rapid changes of social media technology and trends. Twitter now has 280 characters, Instagram growth is exploding, and Facebook is developing virtual reality Spaces. With Generation Z taking over market importance and digital ad revenue surpassing television for the first time this year, social media marketing is only growing in significance. Let’s take a look at the major trends for 2018 and how to adapt your marketing to the evolving social media landscape.

Social video is growing and growing. Over 200 million people use Instagram stories every  month, the feature surpassing SnapChat stories just in its first year. Facebook may be headed towards “all video” content by 2020. Although Vine died other video apps like musical.ly have filled its absence. With better cameras, more memory, and easy video uploads, people are sharing more video content than ever.

Video content sees higher engagement rates on social networks, which means more likes, shares, and comments, especially on Facebook. Three out of four consumers link social video viewing to purchase decisions, and eight in ten agree that video is the best way to get to know a brand. With video production and sharing easier than ever, it’s time to incorporate video into your marketing strategy. Time-lapse videos and GIFs are very popular, and the vast majority of viewers on Facebook watch video without sound. In a video, visual content trumps audio.

At the same time, video isn't necessarily replacing text content. In 2017 publishers like MTVnews suffered from the “pivot to video”. They saw the demand for video and laid off writers to focus on producing video, a strategy that was ultimately unsuccessful. It turns out that people really don’t like getting news from video and still want to read. The lesson here is that not all video content is created equally. Videos of animals and food are enormously popular; news articles, not so much. It should be noted that when Facebook heralds the age of video-centric content, it should be taken with a grain of salt. The company dominates digital advertising alongside Google, and one of Facebook’s primary products is video advertising. The demand and success of video should not be ignored, but at the same time don’t neglect other content.

Instagram stories are a big deal for marketers. Stories are a type of ephemeral content, meaning that the content is temporary: after 24 hours, the videos are deleted. Ephemeral content gets higher engagement because the viewer is driven by a fear of missing out. Ephemeral content also feels more authentic as a result of the simplicity of production and instantaneousness. Users with over 10,000 followers can now add a link to an Instagram story, the only other place for links on Instagram besides profilse and ads. This is a great opportunity for brands with sizeable followings to drive action. According to Instagram, ⅓ of the most viewed stories are from businesses.

Brands that provide visual content to their customers, such as fashion and sports, will see the most success on Instagram. National Geographic is by far the most-followed brand, which is unsurprising since the company is built on sharing photos. If your product isn’t visual, Instagram probably isn’t worth the investment. (Unless you find a creative way to communicate your brand, like FedEx.)

Livestreaming has also become surprisingly popular this year. Streaming video counts for two-thirds of all internet traffic and 80% of brand audiences would rather watch live video from a brand than read a blog. Facebook Live is the leading live video platform, with Youtube live and Snapchat close behind. Like ephemeral content, livestreaming feels more authentic and has the added benefit of being interactive, with most livestreaming platforms allowing for viewers to comment.

Livestreaming is a great way to show your audience life behind the scenes of your brand, to give a special announcement, or a live Q+A. Livestreaming requires a strong follower base. If it doesn’t make sense to livestream on your social platforms, you might consider using influencer marketing to tap into the livestream channel, since a lot of niche-influencers are livestreaming.

Generation Z is your new audience

The oldest members of Generation Zare in their late teens, which means they will soon be entering college or the workforce and playing a larger role in the market. With a population raised with the internet and that will soon outrank Millenials, Gen Z is poised to be the largest social media audience. Any social media marketing campaign for 2018 should get to know their Gen Z audience.

Overall, members of Gen Z are extremely savvy with social media, are socially liberal but financially conservative, and are entrepreneurial. Many members of Gen Z saw their parents struggle in the recession and are financially risk-aware and adverse to loans. They watch a lot of online video, and are hyper aware of messaging and the subtleties of social media. Now is the time to invest in researching Gen Z, especially as your social media consumers.

With more and more users on mobile than desktop, mobile-formatted media is no longer optional. Facebook is preparing to be a mobile-first platform as their users gravitate towards using the platform primarily on their phone, while other major platforms like Instagram and Snapchat are already mobile-only. You should make sure your website is mobile-friendly and prioritize mobile designs.

More than half of all video is viewed on mobile, with 90% of twitter video being viewed on mobile. The quality of video is less important than immediacy of viewing. When you make video content you should keep in mind the mobile user, who is looking for quick and easily digestible content.

Even as trends come and go, the number one quality of successful social media marketing is strong, relevant content. You know your business; if you know your audience and understand how they use social media, the rest will fall into place.
Share this: