Are You Earning Earned Media? 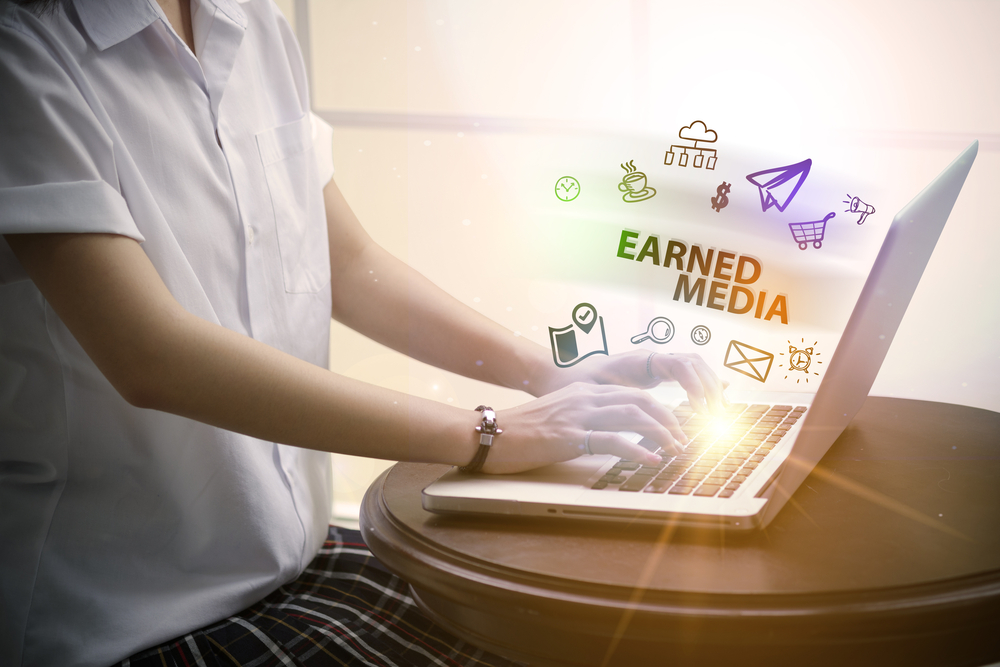 For any marketing professional, earned media is perhaps the most coveted, but most challenging kind of marketing. Earned media is publicity that you didn’t pay for—this includes customer testimonials, press coverage, tweets, year-end lists, word-of-mouth referrals, praise on review platforms like Yelp and Glassdoor, and more. Earned media is great for your brand because it shows authenticity—people are saying great things about you, but aren’t getting paid for it, or even getting any direct benefit at all.

Savvy marketers recognize what factors are within their control and which ones aren’t. They consider how they can increase their chances to get earned media and replicate that success multiple times. The good news is that media, in general, has become vastly decentralized. There are so many platforms where you can get coverage, go viral, or receive praise from your valued customers. This is in contrast to the pre-internet era when you would have to catch the eye of an important writer or television personality to showcase your product.

How to pursue earned media

To state the obvious: better content pays dividends. If you haven’t invested in a comprehensive content marketing strategy, you’re falling behind. Whether it’s a blog, a series of video tutorials, or any other kind of educational material, content marketing establishes you as an expert in your field, builds your legitimacy as a company, and shows that you’re genuinely invested in making the lives of your customers better. If it’s good, people will share it; virality is in a sense a form of earned media, and it usually leads to press coverage as well.

You should also reward people who speak highly of your product. But be careful not to establish a pattern, because then it won’t be earned media—you’ll be bribing people to say nice things about you. However, if you spontaneously decide to send some swag to someone who tweeted how much they loved your product, you’ll ingratiate yourself to your audience without looking desperate. The more you interact with your audience on social media, the better chances you’ll have at “earning” earned media. As long as you keep it light: answer questions, crack jokes, give out discounts and other opportunities. People should consider their interactions with you on social media as fulfilling, useful, or humorous. If not, you’re just bothering them.

This brings us to the other side of earned media: bad publicity. Contrary to the infamous euphemism, not all publicity is good publicity. So, you should be very clear about your goals from the outset: you don’t just want to earn media—you want to earn media so that people view your enterprise in a more favorable light. Conducting tone-deaf campaigns like the recent “Pepsi Protest” ad, or advertising clothing featuring harmful racial stereotypes is not the way to go. You can mitigate these problems in advance by making sure that your whole marketing team is thinking critically, and that you’ve fostered an environment in which team members feel comfortable expressing concern or apprehension towards your campaign.

Earned media is also highly sought after because it’s rare, and more importantly, unpredictable. There’s no “hack” to get earned media. And, given the overall fickle attention spans of audiences these days, it's unlikely that what worked for you at one point in type will necessarily guarantee repeated results. In other words, earned media often depends on variables that are outside your control, however that doesn’t mean you can’t work the odds and give yourself many chances to get that coveted placement.